Join us for worship ONLINE this Sunday at 10.30am and 6pm
Menu
Death row – A heavy toll
Acts – Gospel Progress

A wall all around 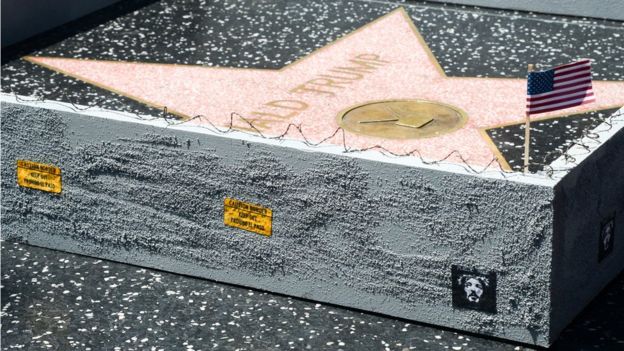 That President Trump promised to build a wall along the US-Mexican border is common knowledge, yet just recently his vision of the future was partially realised when an LA-based street artist created a 15cm high concrete wall topped with razor wire, miniature US flags and “Keep Out” signs written in both Spanish and English and placed it neatly around Trump’s star on the Hollywood Walk of Fame. In no time scores of tourists and journalists were taking pictures and the artist had more than 14,000 likes on his Instagram account by that morning.

Now whether you like Trump or not, this episode is an uncanny reminder of something similar back in Jesus’ day. His contemporary, the Jewish historian Josephus, tells us about a wall that ran around the inner temple courts which had signs in multiple languages (archaeologists have dug some of these up) that said: “No outsider shall enter the protective enclosure around the sanctuary. And whoever is caught will only have himself to blame for the ensuing death.” The wall was 1.4 metres high with narrow gaps and was intended to keep the Gentiles and any unclean Jews out on pain of death. Jesus would have walked right through this wall of partition himself and known that His death on the cross would take it down for good.

As the apostle Paul explains:

“For he himself is our peace, who has made the two groups one and has destroyed the barrier, the dividing wall of hostility… . His purpose was to create in himself one new humanity out of the two, thus making peace…” We truly give thanks to God that ancient wall of partition, between Jew and non-Jew, has fully and finally come down making salvation in Christ Jesus accessible to all without barrier and without distinction.

*** NOTE This is an ONLINE MEETING *** Sunday morning worship where there is a mix of newer songs and traditional hymns. The preaching is expository in style working through different books of the bible. The children would normally have their own group and leave for that part way through the service.
6:00 pm Evening Service @ The Pastor's house
Evening Service @ The Pastor's house
Apr 5 @ 6:00 pm – 7:00 pm

*** NOTE This is an ONLINE MEETING *** These are a shorter time of meeting together, based in a home rather than in the Thatcham Parish Hall. This gives a more cosy feel and also the nature of the time together is that of worship and discussional bible study.
Apr
8
Wed
8:00 pm Home Group @ Andy and Nicole Gallaugher's House
Home Group @ Andy and Nicole Gallaugher's House
Apr 8 @ 8:00 pm – 9:30 pm

*** NOTE This is an ONLINE MEETING *** Our home groups meet each week on a Wednesday. We alternate between having a bible study one week and then the next we have fellowship and prayer. Every couple of months we have a social evening/film night.
View Calendar
Add