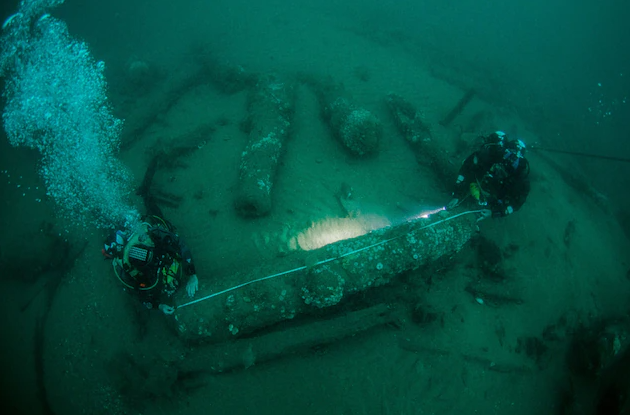 I don’t know about you but I love those documentaries that follow the efforts of search teams that are looking for some long-lost treasure.

The other day I was fascinated to read the story of the discovery of the royal ship HMS Gloucester, 27 miles off the coast of Norfolk.

It took four years of painstaking search by two brothers, Julian and Lincoln Barnwell, before they finally came across the sunken remains. In 2012, the ship’s bell was conclusively used to determine that this was in fact the HMS Gloucester that sank in 1682.

What is most amazing is that these two brothers have had to keep this to themselves, as one massive secret, for ten long years. I can only imagine how tempting it must have been at times to let the cat out the bag.

Every Christian who has personally located Jesus Christ is sitting on a great treasure. Sadly, for some, they are electing to keep it mostly to themselves. One result is that, like the sunken ship, the timbers of the cross of Christ lay part submerged under the sands of time and the clear lines of Christianity have become muddied and encrusted with popular ideas and variations that have few genuine anchor points in the Holy Scriptures.

The call must surely go out in every age for Christians to find the bell of their faith and ring it loud and clear so that no one should be sunk from the lack of a true and certain knowledge.

I have told you this so that my joy may be in you and that your joy may be complete.
John 15:11
DailyVerses.net