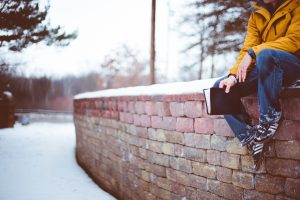 I still remember the day just as vividly as when it first happened 30 years back. We had just returned from honeymoon, woke up in the morning, went to open the front door and it had been completely papered over by our friends! That memory came flooding back when I read about the man who experienced a rather more permanent version of the same thing. This man, who lived in Mainhausen near Offenbach, opened his door only to find that someone had completely bricked it off!

Come, let us bow down in worship, let us kneel before the LORD our Maker.
Psalm 95:6
DailyVerses.net