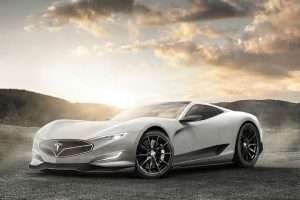 About the closest I ever come to a supercar is the Top Gear calendar! Yes, sad, I know. However just the other week I came across not one but two stories involving supercars. A lawyer was driving his Tesla Series X when he suddenly started experiencing incredible pain in his stomach and chest. Rather than just calling for an ambulance he decided to put his car into self-drive mode. It took over complete control and drove him the 20 miles to the nearest hospital.

Apparently he was suffering from a pulmonary embolism, a potentially fatal obstruction of a blood vessel in the lungs. The doctors said he was lucky to have survived given he had been driving. The other story involved a somewhat more hapless driver who managed, whilst parking, to back his car right into, and somewhat over, the bonnet of a £220,000 Ferrari 458 Speciale – Ouch!

In the one case the driver was ecstatically happy to have been the passenger while the car took over. In the other the man would have given anything to have not been in the drivers seat when he mashed up the Ferrari.

You know the very first thing that gets identified in the Bible as defective is where it says: “It is not good for man to be alone”. You see, total autonomous living sounds like a really good thing, even something that we nurture in our kids from early years. However, when we  take this over to the vertical dimension between us and God, He makes it known that He has a perfect route for our lives and is the one best qualified to drive.

So which mode are you driving your life in today? Why not let God be God – he really knows the way, has the truth and is the life.