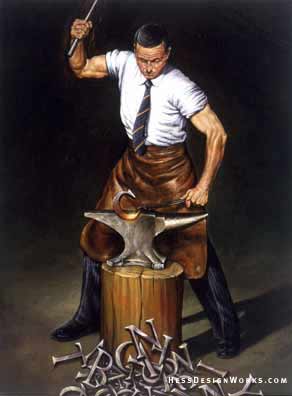 As an occasional radio presenter with Newbury & Thatcham’s very own Kennet Radio, you will not be overly surprised if I enthuse over what you can learn tuning in to a local station. Apparently, we have just now passed the 260th anniversary of Dr. Samuel Johnson’s “Dictionary of the English Language”. Johnson expected 3 long and solitary years working virtually solo on this monumental work. As one celebrated Pulitzer prize-winning biographer put it: the dictionary “easily ranks as one of the greatest single achievements of scholarship, and probably the greatest ever performed by one individual…” Wow, what sacrifice!

Not limited to this, I also learned about another equally great dictionary wordsmith who contributed massively to the creation of the first Oxford English Dictionary, 173 years later on. His name was Dr. William Minor. As his biographer put things: “an insane murderer…the unforgettable story of the madness and genius that contributed to one of the greatest literary achievements in the history of English letters.” Wow, what suffering! Just to round things off, I’ll add one who you might not initially label as a fanatical wordsmith, but actually, he has all the qualifications. John the apostle, his biographer, notes down his own words: “…the Father who sent me commanded me what to say and how to say it.” (John 12 Verse 49)

Thinking it through, are you up to suffering wordsmiths?

Come, let us bow down in worship, let us kneel before the LORD our Maker.
Psalm 95:6
DailyVerses.net