Join us for face-to-face worship this Sunday at 10.30am and via Zoom at 6pm
Menu
Going, going, gone!
Just so…daily! 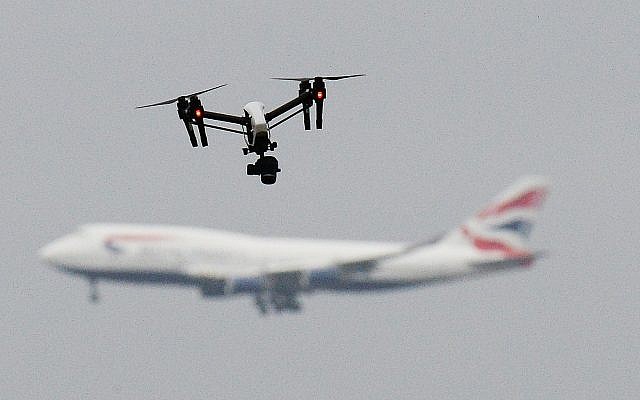 The amount of sheer mayhem caused in the run up to the Christmas period at Gatwick Airport, the UKs second biggest airport, due to drone activity was quite astonishing. It was the biggest disruption since the Icelandic ash episode in 2010.

All told these drones, identified as flying within the Gatwick perimeter, cancelled or diverted around 1,000 flights, affected about 140,000 passengers over a three day period. And if this was not enough, even more recently, the M48 Severn Bridge crossing has also now faced closure due to the illegal operation of another drone. I think it fair to say that evidently these episodes are a wake-up call that we cannot and should not ignore.

Very interestingly one of the names for the evil one, Satan, is “the ruler of the power of the air”. Just pondering that for a moment, it does appear that a number of similarities emerge: first-off Satan does not like to call attention to himself – rather like these drone operators, he works anonymously from a safe distance. Charles Spurgeon said: “The devil himself is so self-denying that he denies his own existence…”. Second, his activity is rather subtle, you’re often left wondering whether what you observed was real or just in your mind. And perhaps the clearest thing of all, Satan’s work will always result in chaos. No great surprise there given God brought order from chaos when he said those words “Let there be light…” and thus Satan introduces darkness as his best response to undo those workings of God.

I guess if we have to take drone chaos in our day seriously, we might as well to wake up, once and for all, to that phantom menace of old, who rightly has that malign reputation as “the ruler of the power of the air”.

*** NOTE This is an Online ZOOM Meeting (Contact church office for joining details) *** The ladies’ group is an all age group and provides for fellowship and discussional bible study/prayer along with mutual support/encouragement in life and faith.
Oct
25
Sun
10:30 am Morning Service @ Thatcham Parish Hall
Morning Service @ Thatcham Parish Hall
Oct 25 @ 10:30 am – 12:00 pm

COVID-19 Secure Sunday morning worship where there is a mix of newer songs and traditional hymns. The preaching is expository in style working through different books of the bible. The children would normally have their own group, socially distanced, and leave for that part way through the service.
6:00 pm Evening Service @ ZOOM Meeting
Evening Service @ ZOOM Meeting
Oct 25 @ 6:00 pm – 7:00 pm

*** NOTE This is an Online ZOOM Meeting (Contact church office for joining details) *** These are shorter times of meeting together, normally based in a home rather than in the Thatcham Parish Hall. This gives a more cosy feel and also the nature of the time together is that of worship and discussional bible study.
View Calendar
Add