Too much too soon 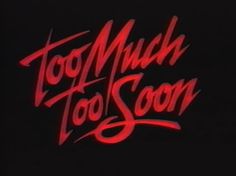 It has been now a couple of weeks’ worth of lockdown changes with: 2 million primary children invited to go back to school, more people back in work, and the restrictions generally somewhat eased.

Opinions are pretty mixed as to whether we are truly following the science or whether we are simply regularising what has been happening anyway, with people going out somewhat more than they should and mixing more widely and closely than the guidance allows.

Of course, there are some larger-than-life breakfast show hosts that are just openly scathing about things, no doubt desiring to draw more attention to themselves and get their viewer numbers up.

All of this brings to my mind another prominent public figure, King Agrippa, who crossed swords with the great apostle Paul (who himself was somewhat locked down in a real prison at the time). The king is listening to Paul’s carefully reasoned defence of his faith when, all of a sudden, he interjects with these words:

“Do you think that in such a short time you can persuade me to be a Christian?” to which Paul wisely replies: “Short time or long—I pray to God that not only you but all who are listening to me today may become what I am, except for these chains.”

In Paul’s assessment of Agrippa putting off the claims of Christianity, in general, and the key decision of easing Paul’s lockdown, in particular – he is saying he should give careful pause to his actions.

Well then, regardless of where we each stand regarding the COVID-19 relaxations, let’s trust that we don’t push God way beyond the 2-metre mark, such that He would say of our knowing Him, that it was not “too much, too soon,” but somewhat “too little, too late.”

I have told you this so that my joy may be in you and that your joy may be complete.
John 15:11
DailyVerses.net